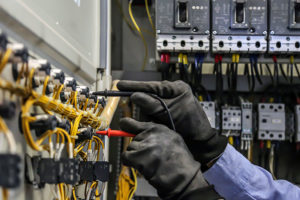 Bringing a new product to market requires multiple elements; tenacity, resilience, and the upfront capital to secure the talent necessary to drive the launch forward. For those who utilise crowdfunding to support this type of project, it can come with several complexities.

Manchester-based Symmetrical Power appointed Champion Accountants to help it overcome the associated challenges of crowdfunding in its quest to introduce a new electrical product to a variety of industries; a distribution board that significantly reduces a building’s energy consumption by distributing upstream electricity equally to single downstream circuits on three-phase systems.

Its founder had previously secured an element of funding from private investors but turned to crowdfunding to ensure it had the necessary financial backing to bring the prototype products to life.

Having utilised several accountants in the past for various projects, managing director, Prem Singh, was introduced to Champion and tasked us with supporting the completion of its crowd raise, carried out with Crowdcube. At the first point of contact, capital had already been raised but final documentation hadn’t yet been prepared, signed or lodged with Companies House.

Thanks to #Champion, Manchester Union Brewery secured a £13,000+ tax refund from qualifying claims between 2018-2020.

As #interestrates rise and with a rumoured recession on the cards, businesses must prioritise strategic financial planning and create realistic forecasts.

Speak with your local Champion advisor to discuss sound financial planning and forecasting.