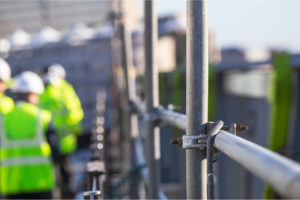 This included costs for:

Established in 2018, Lea Scaffolding and Access offer expert services in the bespoke design and installation of access scaffolding and temporary works. Specialising in industrial infrastructure and commercial portfolios, they also offer complex solutions for structures with restricted access. Launched by a trio of Directors who worked together previously, Lea Scaffolding and Access has expanded significantly in recent years to establish a national footprint from its North West office, and now has a team of more than 60 operatives and support staff.

We were recommended to Karen Jones, director of Lea Scaffolding and Access, in 2019 when one of the company’s customers explained they were currently working with Champion. On the hunt for a new accountant, the Lea Scaffolding Directors reached out and were introduced to their now account manager, Mark Turner. The relationship developed and we were appointed to undertake the company accounts as the business was experiencing a period of significant growth.

After gaining a full and clear picture of the business, we submitted a claim on behalf of the Lea Scaffolding Directors, which identified more than £430,000 worth of R&D expenditure and claimed back almost £87,000 in tax credits, which will now be reinvested into the business.

“We had been contacted by several companies with a sales pitch, suggesting we use them to submit an R&D Tax Relief claim, but we’ve always been hesitant as their approaches seemed too pushy, or too good to be true. Having worked with Champion for sometime, before considering an R&D claim, we had developed a level of trust, which made us more confident – they knew our business, and we knew they were legitimate and were always doing their best for us.

“With the claim having been successful, we’re able to use the money for capital growth. We’ve invested into additional equipment, which will enable us to scale up more quickly as we’ll have the opportunity to enter more markets. Completing this process has created a lot of excitement for us, as our potential has expanded.

“This is the first year we’ve submitted a claim, but this is something we expect to become normal practice, year on year, using the Champion team’s expertise. They are always on hand for anything we need, and the team’s knowledge goes far beyond anything I’ve ever encountered before.”

Champion Accountants has so far helped SMEs claim more than £50million in R&D relief – with a 100 per cent success rate.

To see what you could claim, contact David Herd on:

BACK TO RESEARCH & DEVELOPMENT (R&D) PAGE »

Thanks to #Champion, Manchester Union Brewery secured a £13,000+ tax refund from qualifying claims between 2018-2020.

As #interestrates rise and with a rumoured recession on the cards, businesses must prioritise strategic financial planning and create realistic forecasts.

Speak with your local Champion advisor to discuss sound financial planning and forecasting.